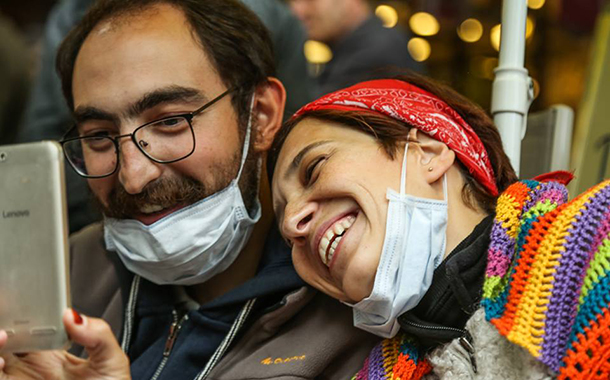 “Sinn Féin Poblachtach is again calling on its members and supporters throughout Ireland and the world to cast their attention upon the ongoing Hunger Strike in Turkey concerning academic Nuriye Gülmen and teacher Semih Özakça.

They are now entering a critical stage. Since March 2017 they have been engaged in a struggle against the system of Recep Tayyip Erdoğan.  Initially the protest began as a sit down protest against the unfair dismissals in the wake of the failed coup attempt, rather than listen to the reasonable demands that they be allowed back to work, the sit down protests were attacked, up to 27 times.  In March of this year a Declaration of Hunger Strike was issued.

When the authorities saw their resolve could not be broken by attacking the public sit down protests they arrested them both.  The pair are currently on day 49 in prison is what is the 124 day of Hunger Strike.  Since being landed in prison they are not receiving the full vitamins needed to sustain the strike, therefore the bodies cannot last for much longer.  This protest now is entering the critical stage.

Whatever small actions you can complete, make them happen.  Send links of this story to local news media, send it to Turkish friends living in Ireland, email the Turkish embassy in Dublin.  / Call for Action-ENG

In recent days a 280 mile Justice March from Ankara to Istanbul finalized in what was the largest ever march against this corrupt, imperialist and unjust regime, whilst the call was to reinstate those who lost their jobs it was also against a host of other measures enforced by Erdogan.  Let Recep Tayyip Erdoğan and his imperialist lackeys hear the demands of the People who hunger for justice.  “

“It lights the dark of this prison cell,
It thunders forth its might,
It is ‘the undauntable thought’, my friend,
That thought that says ‘I’m right!’” – Bobby Sands

‹ Dirty tactics of a Regime in a State of Fear
LIAM CAMPBELL: RSF AGITATING FOR JUSTICE ›