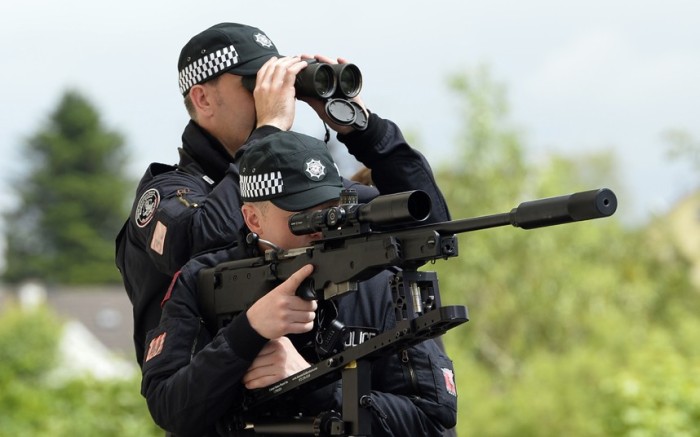 The last number of days has seen the British forces of occupation busy.  On the streets and

roads of County Derry a sizable British Army convoy was photographed by members of the public transporting hardware.  In County Tyrone the home of a Republican Sinn Féin member was searched, other members in Tyrone face a ridiculous number of stop and searches and petty harassment from the RUC/PSNI on a daily bases which we have continued to highlight.  In Belfast, in recent days, republicans have also had their homes targeted and searched by these well financed mercenaries

In North Armagh the ordinary people of the wider Lurgan area have been disrupted and hassled by constant activity from the occupation forces, in the air and on the ground.  Both by the British Army and the armed colonial police.

Republican Sinn Féin condemn this constant assault of the nationalist and republican people of Ireland who refuse to accept the status-quo.  On the 5th of August the Thomas Harte Cumann hit out at the imperialist collaborators in Provisional Sinn Féin who ‘reassured the public’ they were ‘liaising with the PSNI’.

“Provisional Sinn Fein are defending the actions of the British Army and RUC in North Armagh.  Before they rushed to grasp media attention they should of got their facts right that the so-called security alert was an attempt by security forces to justify their actions the night before when one of their units viciously assaulted three members of Republican Sinn Féin.   And it was the British Army that conducted the search in the graveyard no mention of that from the Provisionals.” – Thomas Harte Cumann

Republican Sinn Féin call for an end to the unjust ongoing armed occupation of North East Ireland, we place on record constantly the Éire Nua proposals as a viable way forward for peace with justice for all the Irish People.