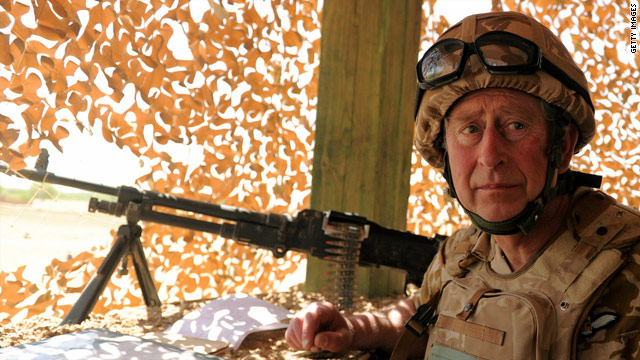 Prince Charles and the Free State President Michael D. Higgins have become joint Patrons of the Institute of Irish Studies at Liverpool University.  Republican Sinn Féin deplores this disgraceful appointed of a man whose family has wrought misery upon a section of the Irish people.

“We express our moral outrage and contempt at the egregious and myopic decision to admit Prince Charles as a patron of Irish Studies.

Furthermore, the decision to collaborate with the Commander in Chief of the Parachute Regiment, a unit responsible for numerous massacres of unarmed Irish civilians in the occupied Six Counties.  None of the perpetrators of these abhorrent war crimes were ever indicted or convicted is frankly repugnant.

Although, some would consider this a magnanimous gesture by the Irish establishment it would only seek to perpetuate the mass-cultural delusion and lie that partition is acceptable to the Irish people, in reality it is part and parcel of normalisation of that continued occupation.

Let us not be misconstrued, we too want improved Anglo-Irish relations we have no quarrel and wish to express no contempt for the indigenous citizens of the UK.  A significant percentage of the population has either an Irish parent, grandparent or is of some Irish lineage.

Given the turbulent history and context of the plethora of atrocities committed against the Irish people in the name of British imperialism for which this man is a representative – making him welcome is the ultimate betrayal of our patriot dead and all those who have suffered and died at the hands of this monarchy and their war machine.

The capitulation and fawning over the British establishment during the “Royal” visit to Ireland some years back was a fine example of the Free-State’s true loyalties.

We implore you to withdraw this ludicrous invitation – until contrition and reparation has been made and a statement of intent to relinquish his claim over Ireland!”

Email your disgust at this measure to Liverpool University @