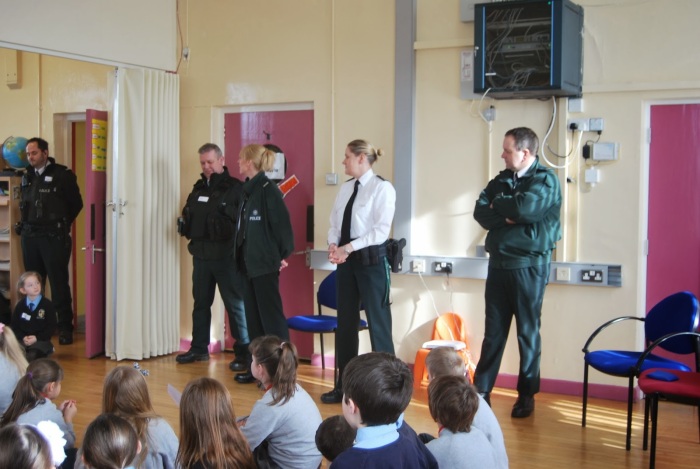 “Republican Sinn Féin Tyrone totally condemn the RUC/PSNI for its ongoing propaganda stunts in nationalist areas and the CKS community group for allowing them into the Culmore / O Kane Park.

Our estate has suffered for over 15 years of constant harassment at the hands of British policing.  This stunt they portrayed as a family fun day saw them bring the notorious Tactical Support Group (TSG) so they can soften the impression of the next generation of Irish youth.  Our children were invited to hold their guns and try their hats on.

It wasn’t that long ago that TSG members pinned a member of Republican Sinn Féin in the neighborhood to the ground at the bottom of the park while they searched and constantly abused him.  We call for a complete rejection of these British policing propaganda stunts.”