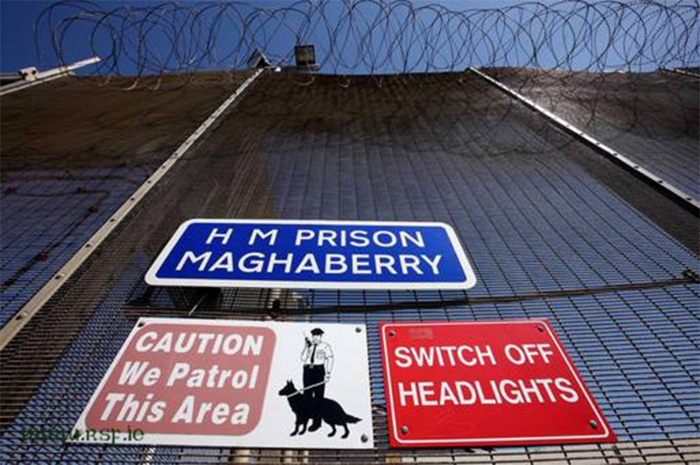 Yesterday, October 23, marked another attempt to deny our prisoners political status. Simultaneously, a debate in the British parliament about our POWs opened, bringing the issue of their status into the oppressors’ residence of politics in Westminster.
Unionists, not content with their attempts to normalise the occupation of our nation aided by the provisionals, are now going on another campaign to criminalise our brave men behind the wire.

Ulster Unionist Party justice spokesperson at Stormont Doug Beattie, on October 23, 2016, called for “…an end to the special status afforded to loyalist and republican paramilitaries at HMP Maghaberry…”

He further stated: “Whether you package them as paramilitaries, drug dealers or organised crime gangs, the truth is they are nothing more than criminals and must be treated as such”.

What Doug Beattie fails to realise is that we are a community and we are, despite the provisional narrative, anything but a minority and we are beginning to realise this fact daily.

Our message to Doug Beattie is this: ‘We will not sit idle and allow you to criminalise our prisoners; we will mobilise in the streets, we will demonstrate that this state of occupation is anything but normal, that in fact it is abnormal and a complete injustice to the right to live free and prosperous’.

We have seen an escalation of late within the jail of physical assaults on POWs and daily confrontations instigated by the screws creating the environment of conflict and a real threat to the lives of our prisoners from a sectarian prison service accountable to no one but themselves.

The UUP are simply using our political prisoners to give themselves a portion of espectability and to prop up their futile opposition within the corrupted partitionist state.
Doug Beattie states that no other country in Europe has a prison regime like the one in the Occupied Six Counties, but yet within Europe there are numerous political prisoners and nations denied their liberty; yet he will never utter of this injustice as it would be to utter the destruction of the Orange statelet currently in place in our nation.

So let’s be clear and unambiguous about this proposal, it is barefaced criminalisation which will be met with resistance and will have severe political and social consequences – (even justice minister Claire Sugden admits that “whilst integration is ideal it is clear that there are prisoners who will not integrate and equally clear that if they are forced to do so, that can have a serious and disruptive impact effect on good order, discipline and security of the prison as a whole.”

Again awe call for the political status denied to our prisoners of war; we call for dialogue within Ireland as a whole with the absence of the oppressor Britain to discuss the formulation of our sovereignty. This is the only way to end the struggle and the only way there will no longer be political prisoners, when Ireland’s sovereignty is guaranteed and its people are free to determine their own destinies.