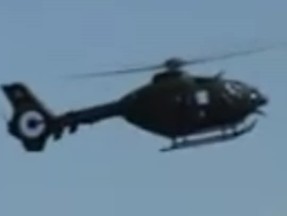 Republicans Sinn Fein Poblachtach in Cavan would like to condemn the unprecedented levels of Free State surveillance and harassment directed against our activists.

Over the past number of days Sinn Féin Poblachtach has been inundated with complaints from a number of people in the Redhills and Belturbet areas in particular, reporting and sending photos of drones and other military aircraft at various times of the day and night. Some of these activities are not only annoying local residents but also disturbing farm livestock and causing stress to animals.

Sinn Féin Poblachtach in Cavan or any other county in Ireland will never be intimidated by State forces, be they Free State or British Crown Forces.