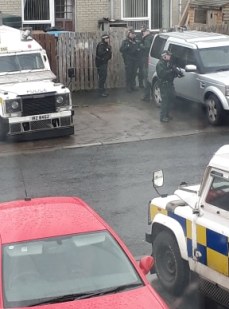 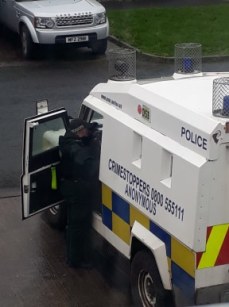 “The RUC are currently raiding four houses in Craigavon, North Armagh.  The heavily armed British police now have a circle of RUC and British personnel around meadow brook Drumbeg and Pinebank with the local shops closed.

The British military spotter plane is also circling the area.This all under the pretense of investigating Republican activity.

Three Republican SINN FÉIN Poblachtach members houses are currently being raided by British raiding squads.  This equates to nothing but harassment and intimidation within the North Armagh community.

Republican SINN FÉIN Poblachtach send solidarity to those whose house’s are being raided and the wider community with whom the intrusion by the British military is nothing new but is a clear attempt to disrupt and intimidate the local community.
Reject British policing in Ireland.”