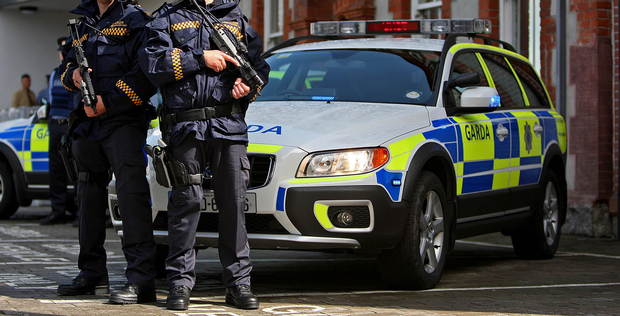 “On Friday, 28th of October a member of Republican Sinn Féin in Dublin was ambushed by three armed Gardá cars whilst driving out of an estate in Mulhuddart.  His jeep was searched, all that was found which these political police could use against our member was a old rusty hammer.  On this he was arrested under a firearms act and charged, on the charged sheet it is down as a ‘blunt object’.  Our member is due to appear before court in November.  The jeep was also confiscated.

Whilst the Gardaí are set for a strike on Friday calling for increased pay, it is worth highlighting, what for?  Since the austerity measures of the EU/ECB/IMF forced on the Irish people they have been busy  inflicting the writ of Free State corruption, as a police force, they are corrupt, unaccountable, they are not of, but against the People.

Republican Sinn Féin condemn this harassment and singling out of Republican activists which has been on the increase.  This repression breeds resistance.”