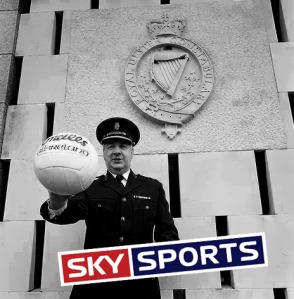 The GAA’s confirmation of a lucrative deal with Sky Sports has caused much consternation, and rightly so. In an unprecedented occurrence, GAA supporters now face the prospect of having to pay to view certain Championship matches. Sky will broadcast a total of 14 Championship matches exclusively, with a further six games being shown simultaneously with RTÉ. Those who are not currently Sky customers will have to fork out €64 per month for the package, while current Sky customers who do not have the Sports package will have to pay an additional €36 per month. Taking into consideration the austerity measures we have seen ruthlessly meted out in recent years and the severe difficulties facing ordinary people as a result of it, this is an obscene amount of money for them to part with to watch GAA games. For many people it is an unaffordable luxury as they have more immediate concerns, such as food and heating.

The GAA have been quick to defend their deal with Sky by citing the exposure to an international audience that will result. Paradoxically, this will come at the expense of those at home who do not have access to Sky television. TV3 had been broadcasting many games free-to-air in recent years, but they were overlooked as the GAA leadership sought further revenue for their coffers. What is being done with the vast sums in these coffers has been the subject of controversy before. Previous GAA presidents have had their salaries reimbursed to their employers by the GAA, at a serious financial cost. Christy Cooney, president between between 2009 and 2012, had nearly half a million euro forked out by the GAA to cover his salary with FÁS during his tenure as president. When the GAA leadership speaks of putting the revenue back into the grassroots of the organisation, bear in mind that last June teams were unable to travel to the Comortas peil na Gaeltachta yet the GAA could afford to part with €200,000 on Hawkeye technology in Croke Park.

Sadly the deal with Sky is merely the latest in a long list of actions by the GAA leadership which have moved the organisation further away from the ethos of its founding fathers. We have seen soccer and rugby played in Croke Park, British forces of occupation permitted to play Gaelic games, the ruling British monarch brought on a guided tour as part of her ‘state visit’, and an RUC/PSNI recruitment ad featured in the All-Ireland Football final match programme last September. Add to all of this the fact that GAA followers now have to pay up to a British company to view some of our Championship games and there can only be one logical conclusion: the modern GAA leadership is more preoccupied with finding favour with the establishment and monetary gain than preserving the founding principles it was founded upon.